Install Solar Shingles And Save

One of the best new solar energy products to come out in recent years are solar roofing shingles. Unlike their large solar array counterparts, solar shingles are both attractive and highly functional. They save homeowners money while increasing the value of their homes.

Solar shingles are miniature solar panels that are the same size and shape as a standard three-tab asphalt shingle. When combined together on a roof top, they can produce just as much energy as a large solar panel array. Because they lie flush on the roof decking, they are virtually invisible and suburban homeowners can install them on their homes to help offset their electrical costs without sacrificing their home's beauty. They can be installed on almost any type of roof in combination with existing shingles, provided the home has at least one southern exposure. Once connected, the shingles can be wired into the home's electrical grid to help supplement the home's power needs. How much energy is produced is dependent on the square footage of the shingles and the pitch of the roof. The optimal angle is equal to the local latitude, but shingles can still be quite effective even if the pitch is not optimal. As the shingles capture and transform sunlight into energy, the home uses that power to run everyday appliances and electronics. Theoretically, 100 percent of a home's energy needs can be met by installing solar shingles, but many homeowners choose a percentage of the power bill they can offset based on the amount of roof they wish to cover.

What do Solar Shingles Cost?

Solar shingles are considerably more expensive initially; however, they not only protect the roof, they generally save enough money over time to pay for themselves. The costs can vary considerably, depending on the geographic region, but some installations may run as much as $20,000, or more. Keep in mind that the federal, as well as many state and local governments, offer tax credits to homeowners who install energy-saving roofing materials. The federal government is offering a 30 percent tax credit, which means that for a $20,000 roof, the homeowner can expect to have their tax bill cut by $6,000. Homeowners who wish to take advantage of this credit must actually owe taxes, but with a combined federal and state credit, homeowners can save up to half of the purchase and installation costs for the tax year that the roof is installed. Additionally, many locales have programs whereby the homeowner can sell any excess energy back to the power company, which can result in significant savings as well. Another significant financial gain is that a solar shingle installation can increase a home's value as much as the actual cost of the system, so owners can recoup almost 100 percent of their initial investment if they sell their homes.

Solar shingles are a great option for homeowners who are replacing an old roof who want to reduce their footprint. The overall savings and the increase to the home's market value make solar shingles a sound investment. For more information, talk to a professional like AAA Solar Source. 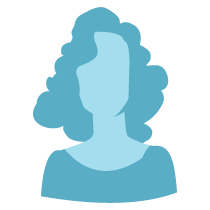 Solar power is a fantastic way to power your home or office. My name is Meghan, and I have been using solar power for the past five years. I would like to tell you how you can change your life with solar power. This blog will list the benefits of solar power, help you understand how the system works and let you know how you can get started using it on your property. Harness the power of the sun and don't be dependent on resources that won't last. Get solar power in your home or business. You will be glad you did.